Desire to Inspire: Hiding from the Lord

A few weeks ago I saw Amanda's beautiful post about stillness and was in awe because I have been there too.  An MRI machine no, but in the place where the Lord had to take me from all other obstacles to be 'still' and with him, yes.  This week I am linking up with Amanda for Desire to Inspire.
I mentioned in a post last month that when I was in college I worked at Pine Cove.  It was the best job I have ever had, hands down, and I made friendships there that will last a lifetime.  My Pine Cove adventure lasted over three years.  The first summer I was a horse wrangler, my second I was a camp counselor, and my third I ran the retail store.  Each summer at camp I felt that there was a theme for my summer.  My first was love, my second was brokenness  and my third was unclear at the time. 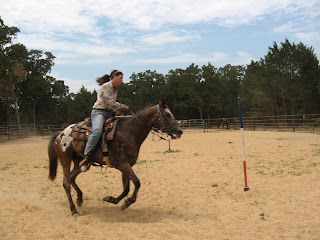 It was during my third summer that the Lord had more to show me about myself than he ever had before and truth be told... I didn't want to hear it. There was a lot on my plate that summer.  I was about to start my last year of college(and all that it entails), I was in a long distance relationship(and had not seen him in two months because of camp), summer classes were starting the day after I left, the bestie's mother passed away while at camp, and many more trivial things that seemed important then.
The end of my summer session was coming to an end and I had been avoiding the Lord.  In past summers this had never been a problem, and I had been drawn toward Him.  This concerned me, but I still didn't do anything about it.
Until there was this one day.  I was going to my supervisors house for lunch(big deal, we never left camp during the week) and I was caught without my iPod.  That meant a twenty minute walk in the heat with the Lord.  That summer of avoiding Him and playing games had just come to a screeching halt as we were left alone, truly alone for the first time.  There were no distractions, no interruptions, and no screaming children to intervene.

So He talked, and I listened.  And when I thought He was done, He talked some more and I cried.  In one way I felt that a huge weight had been lifted off my shoulders, and in another way I felt that I had been hit by a ton of bricks.  To explain: I had been carrying around all my problems and worries that summer and not giving them to the Lord.  That day, on that walk He took them from me.  He took them and that weight, but I felt like I had been hit because I should have done that a very long time ago.  There was a stillness that day that I had longed for all summer, but until then had not stopped to see it.  I realized then and there that the Lords plans are far greater than mine and that he can handle all that is on my plate far better than I ever could!

I write this today to hopefully encourage you and inspire you!  That twenty minute walk changed my life for not only that day, or summer, but for the rest of my days.  So I ask you, do you need to go on a walk with the Lord?


And for the record; the theme for that summer was Strength(not mine, His) and Servant Hood.
Happy New Year and Happy Weekend!!

Amanda said…
He does go to the extreme to reach us, doesn't He? I'm so thankful for His relentless pursuit!