In my last post about France I mentioned that I left my heart there and never came back with it intact.  Don't get me wrong, Paris was amazing, but where I truly left my heart was in Nice(pronunciation: Nis). 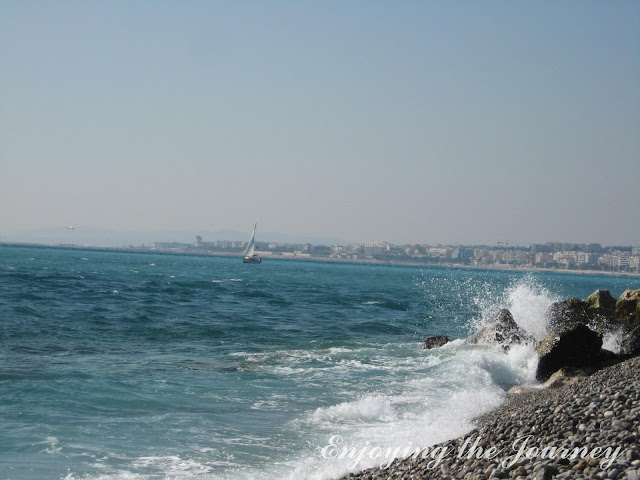 Nice is part of the French Riviera and on the Mediterranean Sea.  I truly love it so much that it is hard to put into words.  I have been there twice on mission trips and have made memories to last a lifetime.  The first time I went to Nice it was for a week over Spring Break and a whirl wind.  Exploring the city, enjoying the beauty of the Riviera, and getting to know the members of the two churches was great!  We got to visit all of the surrounding cities and it is in France that I learned to drink coffee.  **Disclaimer 1:  That was the worst decision I ever made.  Do NOT, and I mean, DO NOT start drinking coffee and beautiful cappuccinos in a foreign country with great coffee because you will never be able to get a coffee like that again.
The second time that I went to Nice was two days after I graduated from college and I was there for two weeks.  The first week was a mission trip, similar to my first, and the second week was traveling the area and going to the Monaco Grand Prix.  Those two weeks were wonderful and my favorite trip that I have ever been on.  After the rest of the mission team left, my friend Christeen and I stayed at a great hostel for a week.  We traveled some more, hung out with Antonio almost everyday, and most importantly went to the Monaco Grand Prix(which of course deserves an entire post on its own).  **Disclaimer 2: The second part of the trip is toward the end- so stay tuned for the entire post because it is my favorite part!! 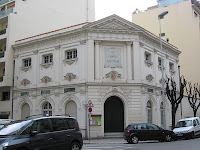 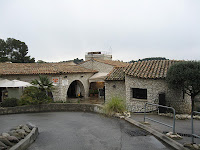 Above are the two churches we served at on both trips.  One in Nice and the other in St. Paul de Vence.  The people were what made the churches beautiful and they are part of the reason that I left a part of my heart in France.  I met Antonio(later pictured) on my first trip to Nice at the churches and little did we know but he and his family are from Texas and when they lived in the states we lived about twenty minutes apart.  They serve at the churches and it is always such a blessing to be with their sweet family. 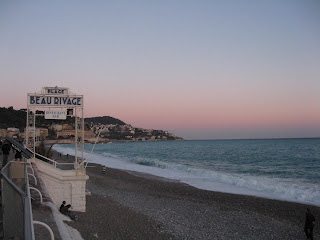 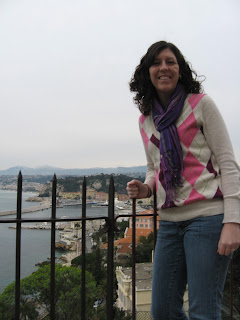 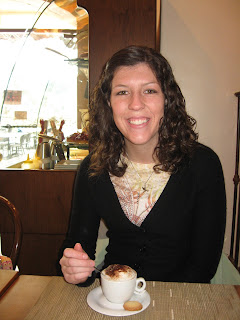 One of my very first cappuccinos!! 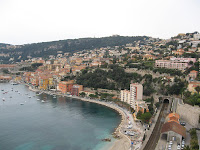 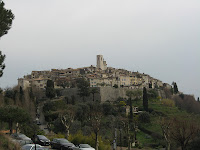 Nice on the left - St. Paul on the right 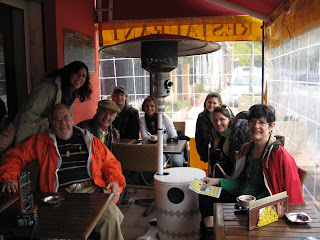 The mission team from my first trip to Nice.  What an odd group we were, but I wouldn't trade a single member! 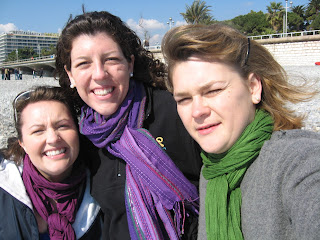 Rebekah and Christeen.  I love traveling with these ladies, and one day when we marry rich doctors I imagine that we will travel the world together.
**Disclaimer 3: This post is a combo of two trips... therefore the photo overload is only half way done. 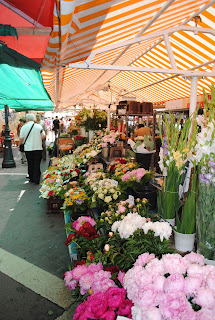 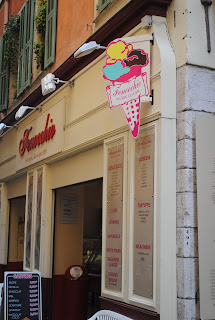 Two of my favorite places in Nice:  the beautiful flower market and Fenocchio's Gelato.  I don't care what anyone says; it is the best gelato in town and I was forever ruined after I had my first bite of that yummy deliciousness!!!  When you give directions you tell someone it is spelled with an F and not a P.  It is past the flower market, at the end of the fish market, and down a few alleys hidden behind a great bakery.  Fact:  Those are accurate and could get you there to this day.  What can I say... I love that gelato! 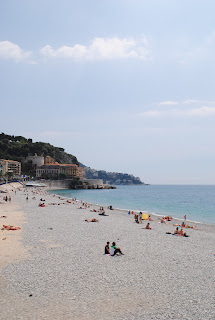 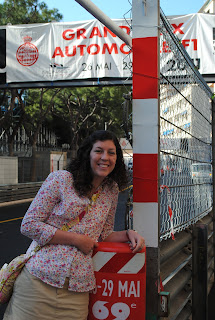 Beautiful Nice on a day where we were sharing Mingle Evangelism on the beach.
Me on the Grand Prix track the week before the race. 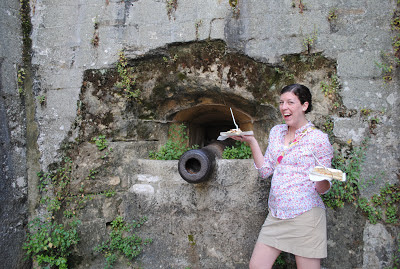 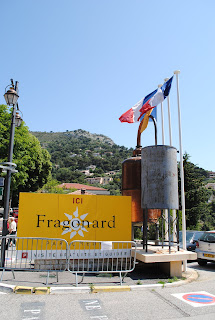 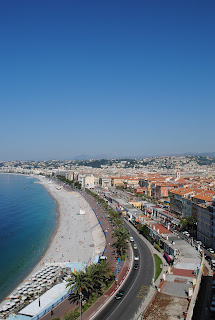 A highlight of each trip was an afternoon in Eze at the Fragonard Perfumerie, and the beautiful Nice coast line. 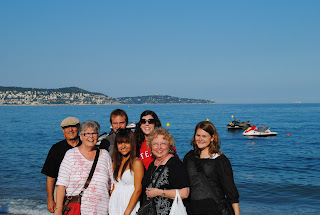 The mission team from my second trip to Nice. That my friends is the beautiful Nice beach. 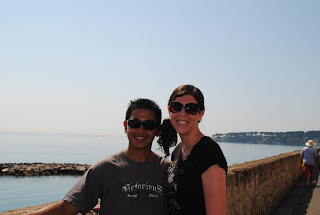 Antonio and I at the Picasso Museum in Antibes(below on the left).  I am so blessed to have met him on my first trip to Nice and am so thankful for our friendship.  We have become pen pals since meeting and he is a great and cherished friend.  Below on the right is Christeen and I in front of a beautiful church that we visited on a day trip to Italy.  It was quite a hike up there, but oh so worth it! 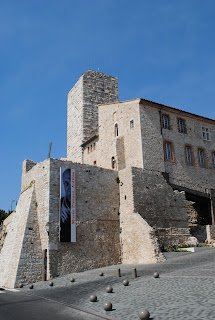 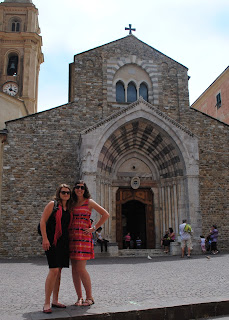 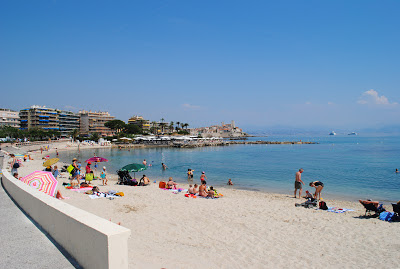 Antibes, France Beach.
**Disclaimer 4: That water is even colder than it looks! 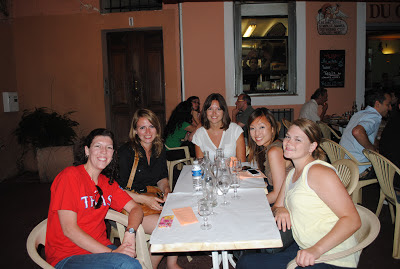 My wonderful friends that I met at our hostel in Nice.  Two Texans, Two Canadians and a Brit (walk into a bar, just kidding). We were all roommates and that night Clare(centered) took us down a bunch of sketchy alleys in downtown Nice to the best French food I have ever had! 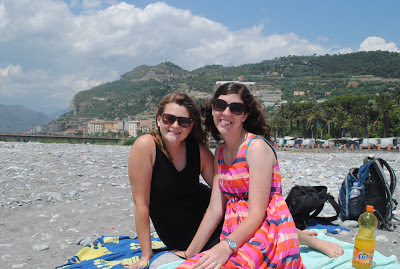 Christeen and I in Italy.  She is another great friend that I am so blessed to have gotten to travel with twice.  I am so happy that she agreed to stay an extra week with me in France after the rest of our team left so we could go to the Grand Prix.  We wore ourselves out that week seeing everything there was to see and I could not have imagined traveling with anyone else! 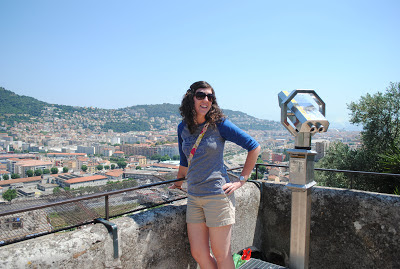 Last day in Nice, so bitter sweet.  If you can't tell, not only do I love France but I LOVE Nice!  It is beautiful, full of culture and so much to do!  I hope to go back some day, but first I think I will see a little more of Europe.
Labels: France Travel
Location: Nice, France

Unknown said…
Love your pictures! Have only been to Paris and Normandy and I left my heart in France as well. I love everything about it! Now thanks to this post I have to go leave some of my heart in Nice as well!

jenn said…
i went on a european trip a few years ago with my cousins and their friends. we spent a few days in the riviera. i loved nice. such breathtaking views. and you've captured well so many of those scenes.

Rebekah @ Chronicles from the Peanut Gallery said…
Beautiful pictures!! I love the one of you holding the crepes! Oh, and I love your directions to get to gelato!
January 8, 2013 at 5:08 PM