That girl below took French in high school for three years knowing that one day she would live out her dreams and go to France to use her knowledge.  Despite all the haters that said if you lived in Texas you needed to learn Spanish.  Little did she know, that while she was in college she would be blessed with not one, not two, but three trips to France.  And that she would leave her heart in France and never come back with it fully intact again. 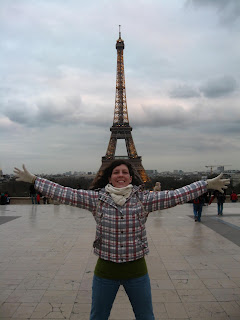 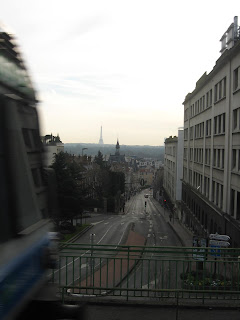 This is the first of many posts to come that were inspired by this post to share with you some of my traveling Journeys.  My granmom was an avid traveler and these trips are hopefully the start of many attempts to be like her.
My first trip to France was to Paris with my church from home.  It was a hand bell choir tour and such a blessing because I got to travel with my parents, bestie and her family, and many other families that are so near and dear to my heart. 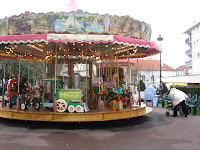 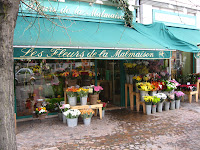 We stayed at a church just outside of France called Rueil.  Our first day we all walked to the beautiful downtown and this beautiful merry-go-round and flower show were right off the square.  It was a quaint area to stay in and not a far walk to the bus stop. 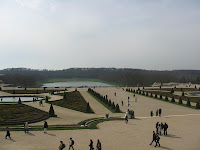 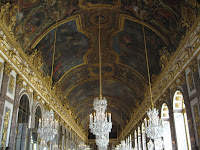 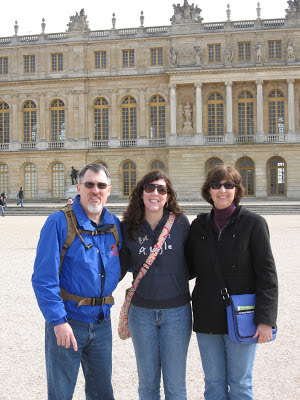 One of my favorite things that we did was go to Versaille.  It was gorgeous and was exactly what I had expected.  I had studied Versaille in text books and it was so much fun to see it in person.  While there we had lunch on the back steps and that is still one of my favorite memories from the trip.  The picture above on the left is from those very steps, and behind us(above) is the steps.  We joked that my dad's backpack was like Mary Poppins bag because he kept pulling out sandwiches, chips, and snacks upon snacks. 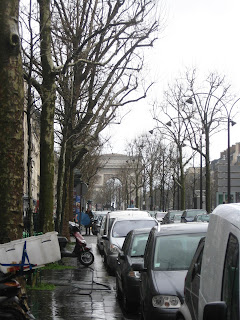 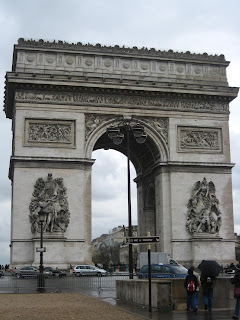 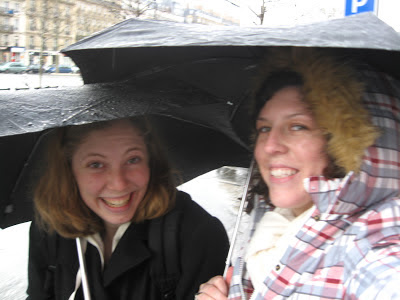 Above are pictures of our visit to the Arc de Triumph.  That's the bestie and I walking right before we went under the street to get there.  We went up top and the views were breath taking from there.  All I know is that I would never want to drive around it!!  It was a rainy, cold day, but oh so worth it!! 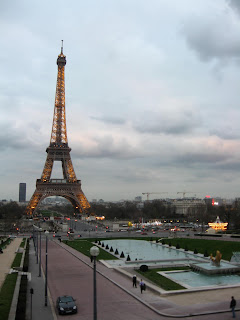 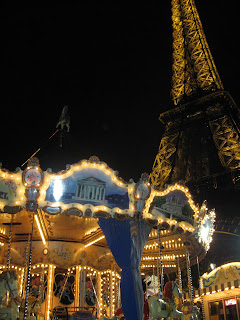 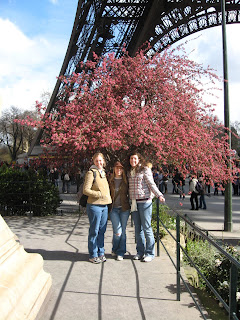 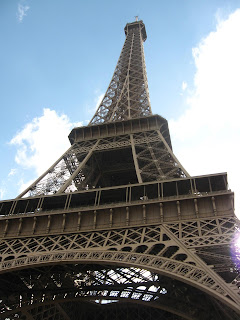 My first view of the Eiffle tower was absolutely breath taking.  We had just gotten off of the metro and there were tall buildings all around us.  I could tell by my surroundings that when we rounded the corner we would be staring at it.  And we were and it did not disappoint.  All twenty-five of us gasped and just stood there in awe.  The tower is yet another building that I had studied in class and seeing it and standing under it was unreal.  Our first time to visit the tower we ate crepes and frites under it- we were so French that day! 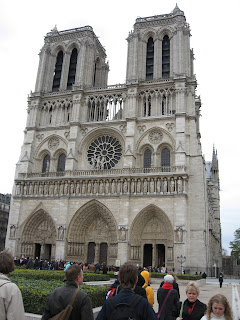 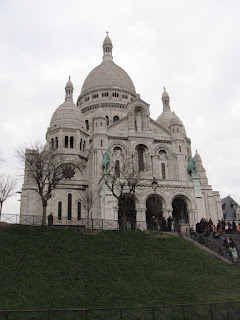 Notre Dame and Sacre Coeur were beautiful.  Really the whole trip was seeing a lot of things that I had studied at school, or would one day soon.  They were both amazing, but I must say that Sacre Coeur was my favorite.  The view of the city is stunning from there, it is almost as if you can see the whole city from there. The climb to it is well worth it, you don't know that at the time, but when you get there you seem to forget about all those steps. 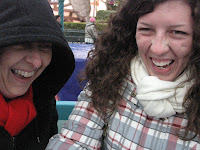 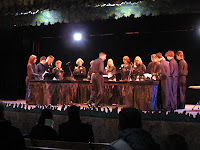 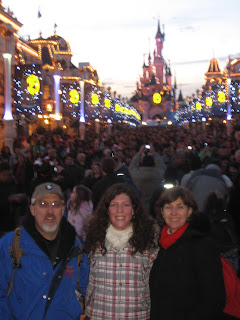 The hand bell group played a concert at Disneyland Paris and I have never been so cold in my life.  We had a great time and it was dad's first Disney experience so we were more than happy to experience it with him.  Above is my mom and I riding the tea cups... so much fun!

Paris is a magical city.  It was a wonderful introduction to France and I hope to go back some day! I would highly recommend it to anyone, but don't go in the winter, ha!
Labels: France Paris Travel

Rebekah @ Chronicles from the Peanut Gallery said…
Great post!! I miss France! It was so much fun! I barely remember the inside of Sacre Coeur, all I remember is the amazing view from the top of that insane hill! And watching the Nuns prepare for Holy Week, that was an awesome experience!
January 2, 2013 at 3:18 PM

Helene said…
agreed, paris is truly magical. I adore everything about it. i got to visit the first time this past summer and fell in love. I loved going to versailles too!
January 2, 2013 at 4:54 PM

Casey said…
Paris is just lovely, isn't it? Loved all of your photos! They have me itching to go back someday!

Unknown said…
This is amazing! I've always wanted to go to Europe! Looks like you all had a great time. God bless :-)