I spent the weekend doing one of my very favorite things: baking and cooking!
If you follow my Instagram or Twitter I tried not to blow them up too much with all the yummy goodness, but I will admit it was hard. 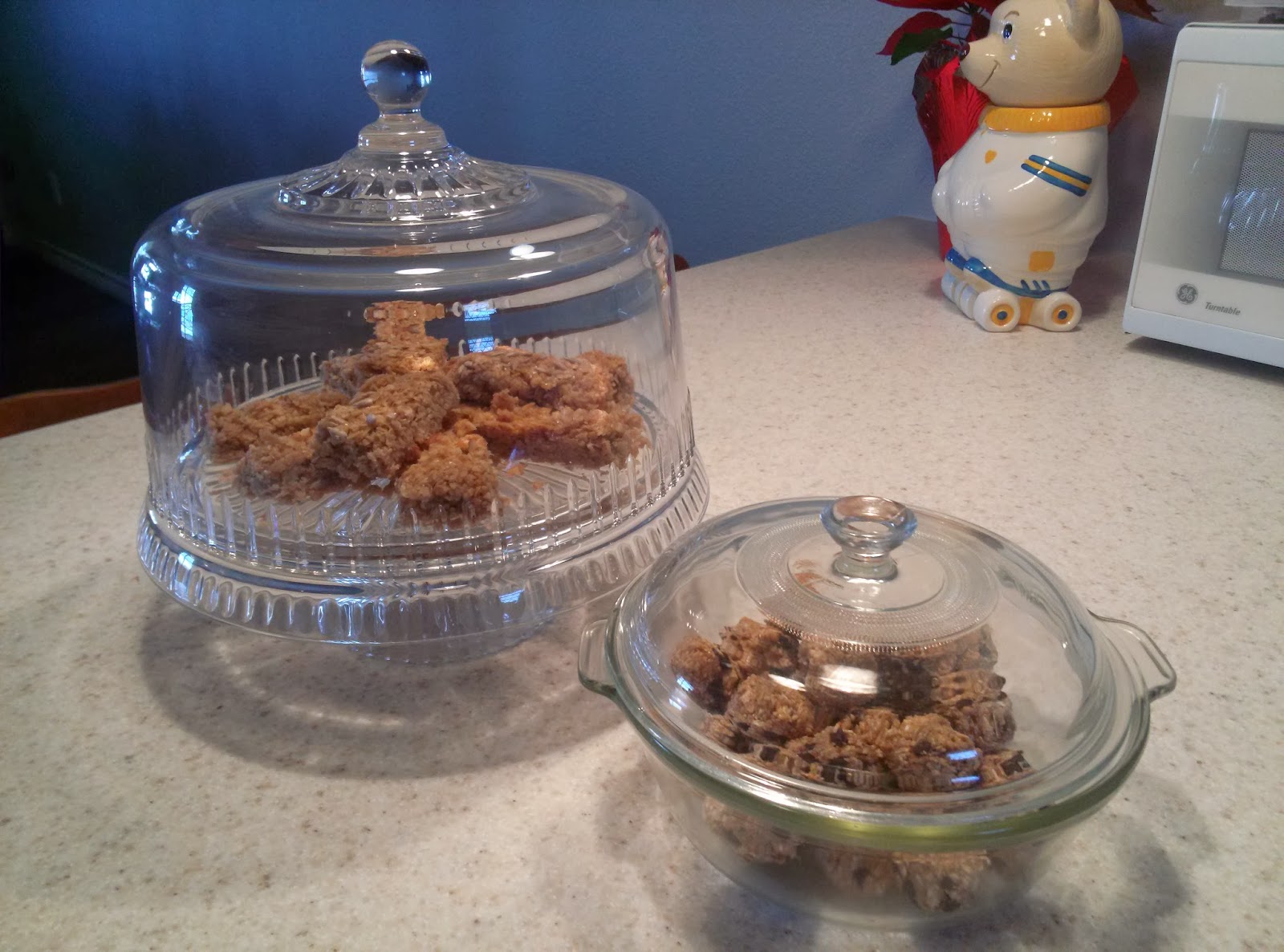 My cooking list was quite diverse and I must admit I was thrilled with all the dishes.  The first thing that I started with this weekend was sourdough bread.  And when I say sourdough bread I mean I made the starter and the dough.  It took all weekend, but was oh so worth it when it came out of the oven on Sunday night. 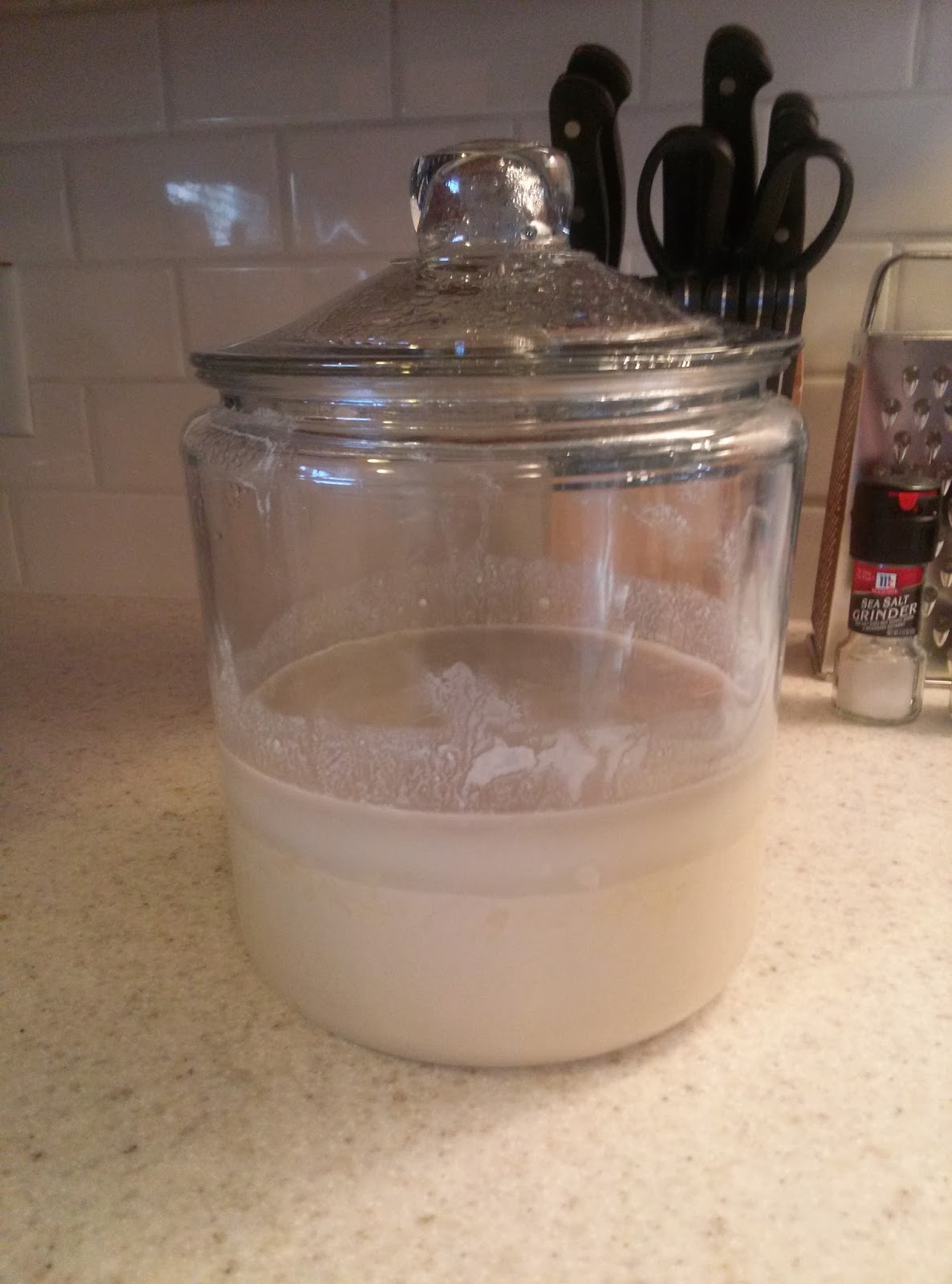 Friday I made the starter and let it set up for 24 hours.  Saturday after I made dinner I started the dough and let it for about 18 hours.  Sunday afternoon before church I mixed in the rest of the ingredients and set the three pans out to rise the rest of the way.  And finally as soon as I got home from church on Sunday night it went straight in the oven.  Forty-five minutes later pure heaven came out of my oven.  I was ready to go to bed, but I had to eat some of that warm bread!
I cannot wait to make it again this weekend and share the bread with all of my family and friends!  And did I mention that I also made butter.  Yep, it's true.

Next up on the list was FLAPJACKS!
My inspiration for the flapjacks was Graze Box.  I have now had two heavenly flapjack snacks come in my monthly boxes and after the last one I knew I had to make some of my own.  Immediately I hit up Google and didn't really like anyone one recipe that I came across, so I combined several that I did like.  Now if you aren't familiar with British flapjacks then you are probably confused as to why I am so excited.  These tasty snacks are made with quick oats, can be relatively healthy, and are just lovely.  They were at hit with my family and also everyone at the office, so you know that means they are good!

Saturday night one of my friends came over for dinner so I finally had an excuse to use my left over smoked turkey that I still had frozen from Christmas and make a Wild Turkey Pie that I had been eyeing in the Perini Ranch Texas Cowboy Cookbook.  Along with that I made some corn in the broiler; recipe found here.

And then the Granola Balls.  I may have been most excited about these because I had been wanting to make them for a while.  Last year at the Declare blogging conference I met Kristen Schell and she introduced me to this little bit of heaven.  I had to borrow my mom's food processor, but after I stole it(because she is never getting it back) these were so easy to whip up.  Also, I'm pretty sure that these are now going to be a staple in my house and will always be able to be found in my fridge. 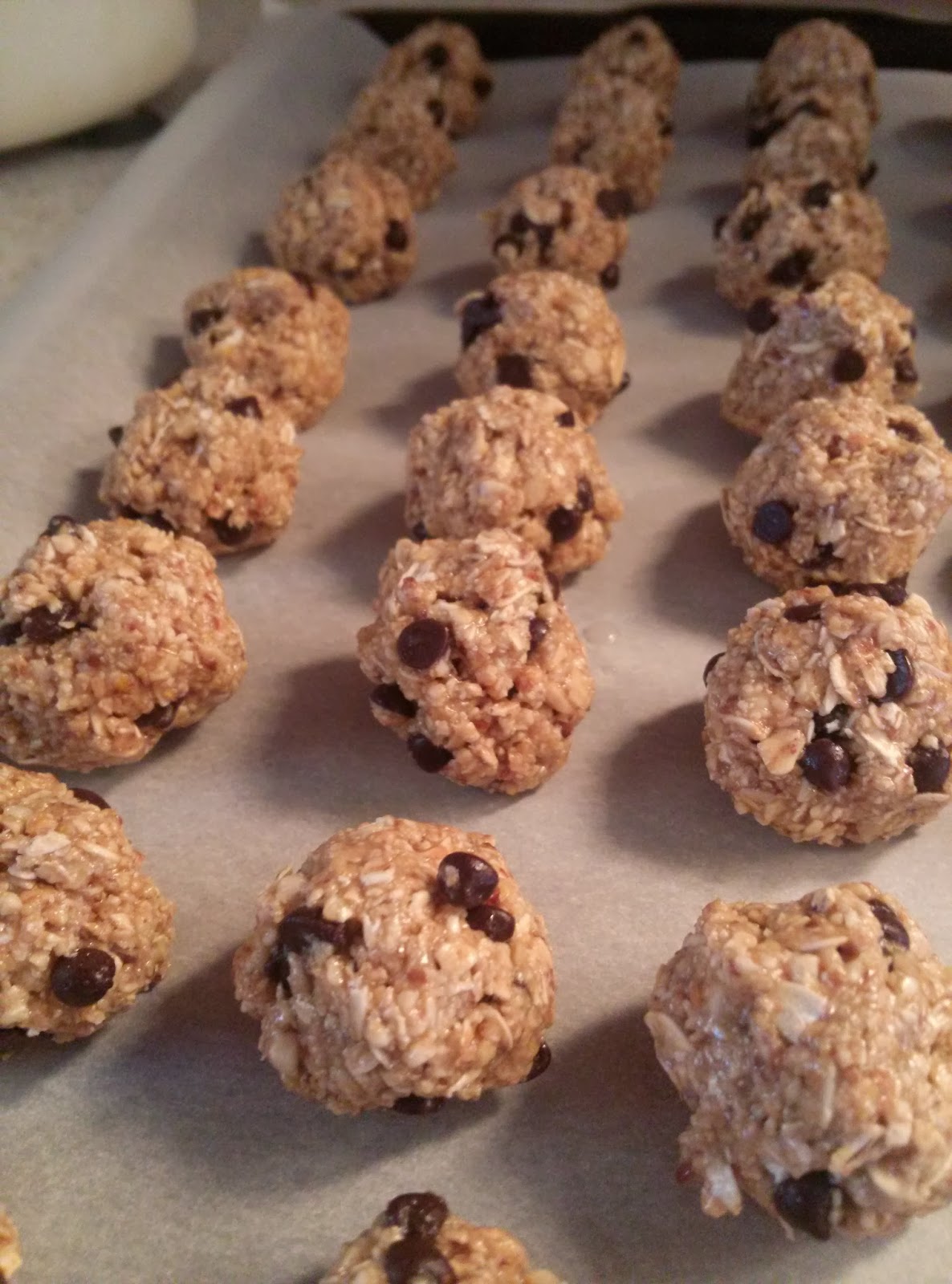 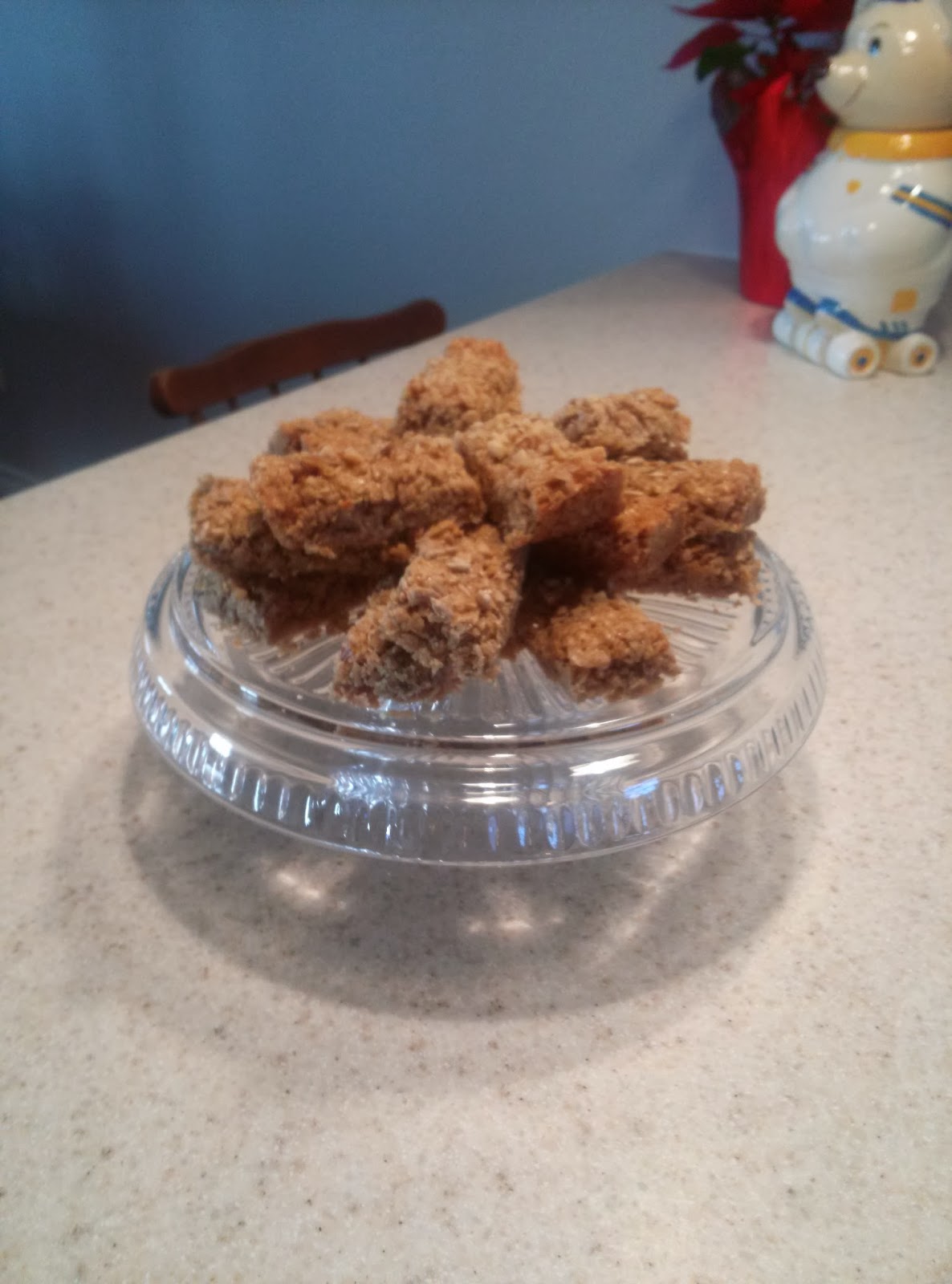 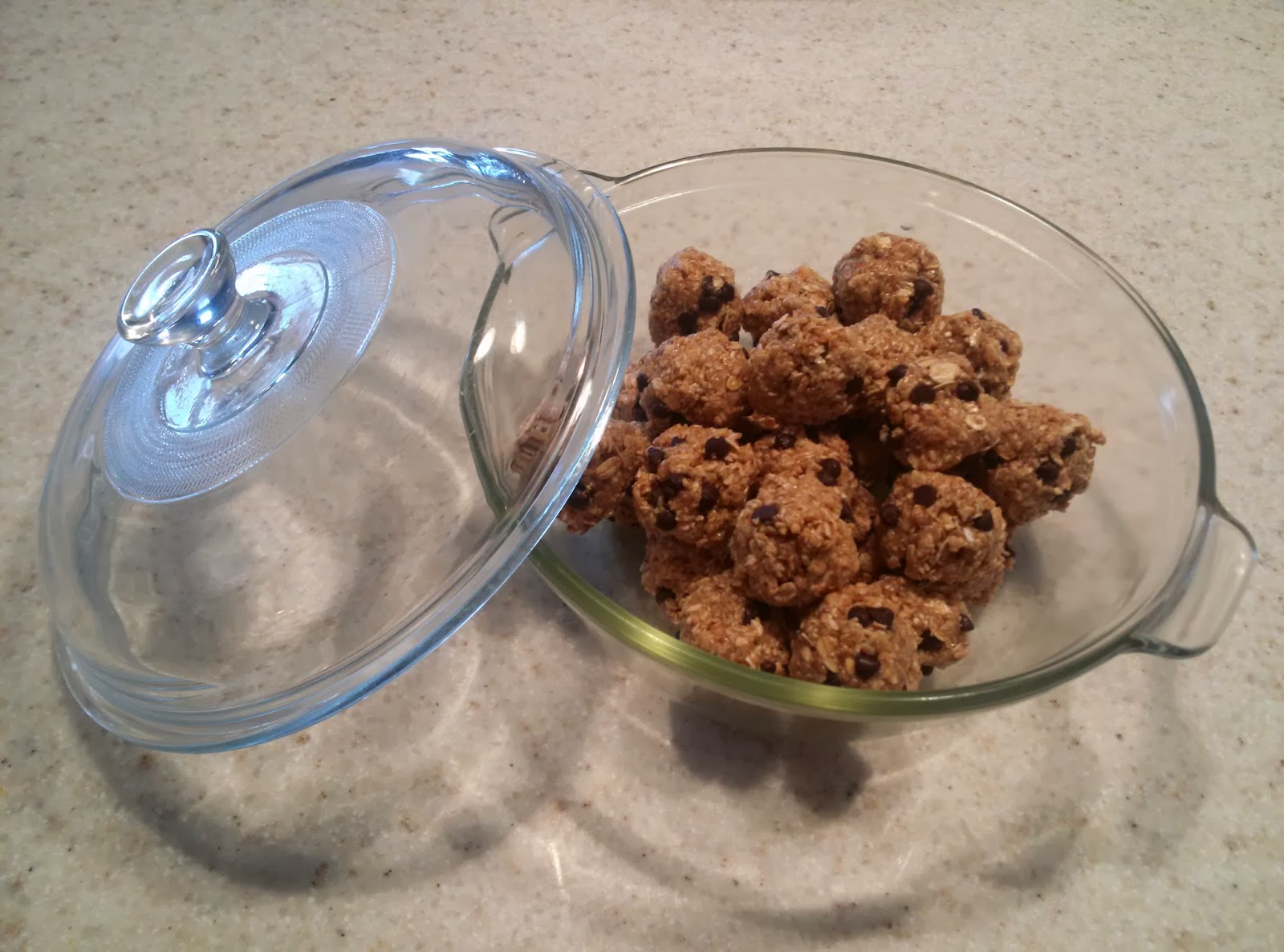 Moral of the story: If you need me anytime soon I will be in my kitchen either
A. Making more magic happen in my kitchen or
B. Just eating all the magic
Labels: Baking Cooking Kitchen